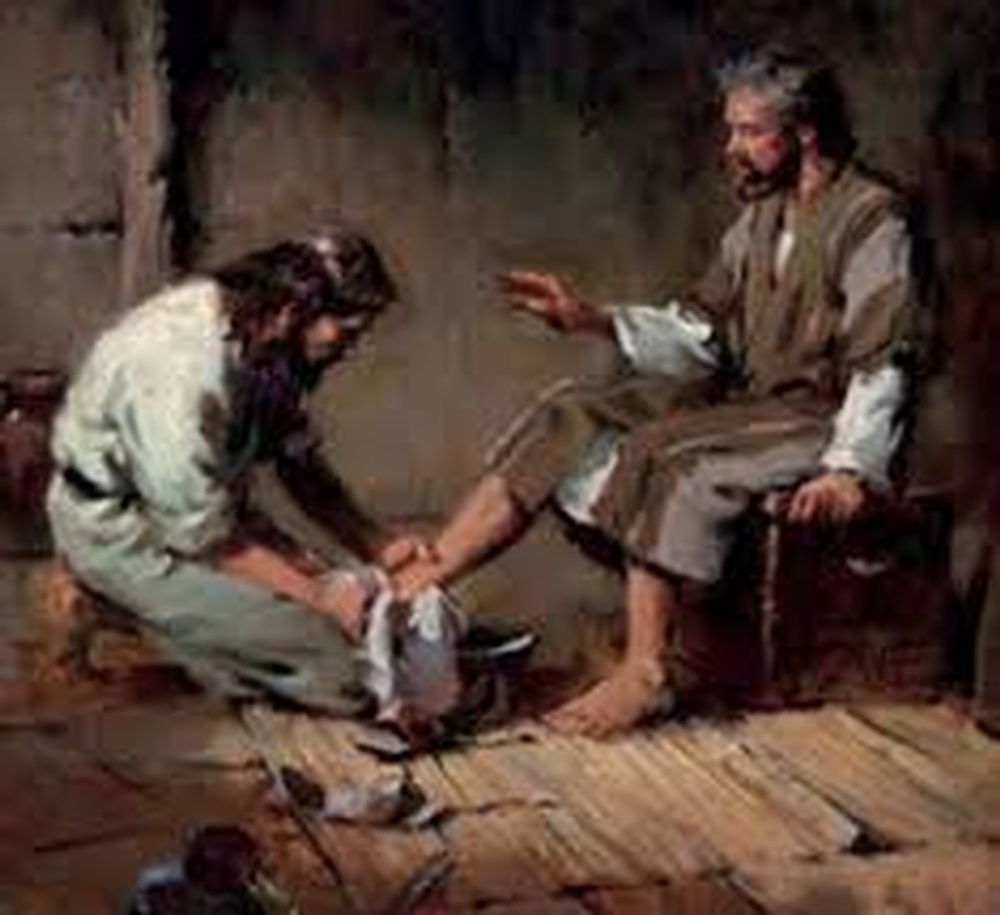 ​”Then James and John, the sons of Zebedee, came over and spoke to him,’ Teacher,’ they said, ‘we want you to do us a favor.’ ‘What is it?’ he asked. In your glorious Kingdom, we want to sit in places of honor next to you’. . . Jesus answered, ‘You don’t know what you are asking. . . You know that kings are tyrants in this world, and officials lord over the people beneath them. But among you, it should be quite different. Whoever wants to be a leader among you must be your servant, and whoever wants to be first must be the slave of all.'” (John 10: 35-38, 42-44).

Since this passage was written, two thousand years have passed, and yet today, we still strive for a position of authority where we can, instead of leading people, rule over them. It seems that the old saying “look out for number one” has become a way of life.

The concept of being a “servant” is very misunderstood. Society equates servant hood with slavery — a position to be avoided at all cost. It is very difficult for parents to teach their children that there is great honor in serving someone. If we look around our business world, seldom do we find a vendor whose mission is to be a servant to his client. We are often left feeling as if they are doing us a great favor by taking our money.

Most often, we strive to get the better hand of the deal, and our satisfaction lies not in that we give our customers 110% value for their money, but that we took them for all we could and got away with giving as little as we could get away with. Is this not, in fact, a way to control costs in a competitive economy?

The same principle dominates our workplace. For many, titles are more important than economic remuneration. I knew many who were happier with a business card with a big title than a paycheck.  Among different management levels, the mission is not what is best for our company and, thus, for our customers, but in “what is in it for me?” We seem to focus on the “now” instead of the “tomorrow”; on us, instead of them.

I am often asked how my wife and I began a small company with a $500 investment in our home’s basement and grew it to a million-dollar thriving company in less than four years? We do not have to hesitate. We decided that we were going to do what others had a problem doing. We would honor God in all we did by serving our customers; we would give our customers more than they paid for.  Simple, yet so seemingly difficult to implement in today’s cut-throat business world.

The concept of being a servant was extremely difficult for Jesus’ followers to grasp, too. After all, how can He, whom they believed to be God, wash their feet? Was this act not restricted to the lowest of slaves? Yet, it would be the foundation of the Christian faith. Their Messiah was not coming like King David in a warrior’s horse to win some political war and liberate them from the Romans. He was coming sitting on a donkey to die for them and expect them to die for others. So revolutionary was the thought that many who followed him left him. Yet, this revolutionary act would change the course of humanity.

It is only in the act of serving others that true freedom lies. It is in the act of giving us to others that true victories are won. It changed the Roman-Greco world, and it can change our business world today.  I suggest that if we teach our children and our fellow employees to ask not what others can do for them, but what they can do for others, as we place the welfare of others above ours, we can change our business world and our families.