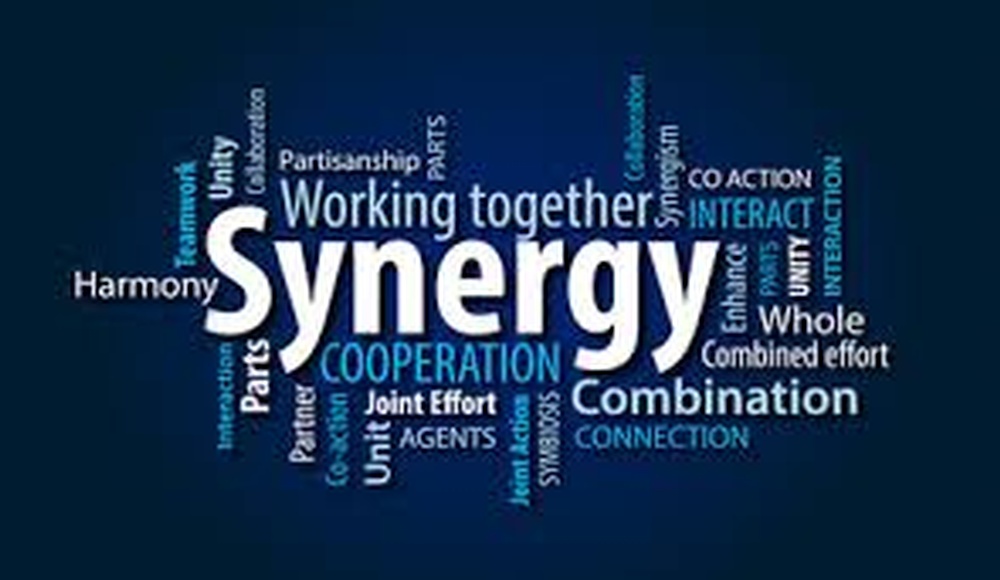 “My prayers for all of them is that they will be one, just as you and I are one, Father that just as you are in me and I am in you, so they will be in us, and the world will believe you sent me.” (John 17: 21)

In essence, we know that an organization possesses Synergy when its whole organization is greater than its parts. Why then, is such an amazing concept so difficult to attain? In today’s workplace, 70 percent of employees leave their jobs because they do not feel appreciated.

Combine the above with all the energy spent by management in conflict resolution, and one can appreciate how Synergy in the workplace can dramatically impact our economy. If people could work together for one common goal, placing others above self could reduce 70 percent of the turnover, which costs companies billions of dollars.

Lack of Synergy is not only relegated to the workforce. I suggest that a lack of Synergy between families is one of the major reasons for the American family’s chaos. It’s a chaos that has become a core reason for such high drug and suicide problems among youth today.

In today’s world, it seems that individualism has won over the idea of placing others’ interest above self. In a world where adults are obsessed with satisfying their flesh’s lust, others become victims, especially the youth, most painfully.

As we read the prayer above, Jesus is not praying for people to become human drones but for a unity grounded in something greater than self – our Creator. The prayer is not for people to be carbon copies of each other but for people to find oneness – Synergy with their Creator. As we do this, we then find oneness with each other; then, Synergy is best exemplified in an identity that seeks what is best for others as we value them as our Creator’s unique interventions.  Only when people see that we can find unity through our Creator, not only in our workplace but also in our families, we would want to exemplify this Synergy.

In essence, Synergy is oneness, only achievable through our oneness with our Creator; we seek a higher power than ourselves—a power exemplified by sacrificial death. No greater love exists than that when we die for others.

Think back: when was the last time you placed the interest of others above your interests?